TVPulseNever Miss a Beat
More
Facebook
Twitter
Home Must Read Reviews and Recaps The Wheel of Time Review: A Capable Adaptation that Avoids the Gender... 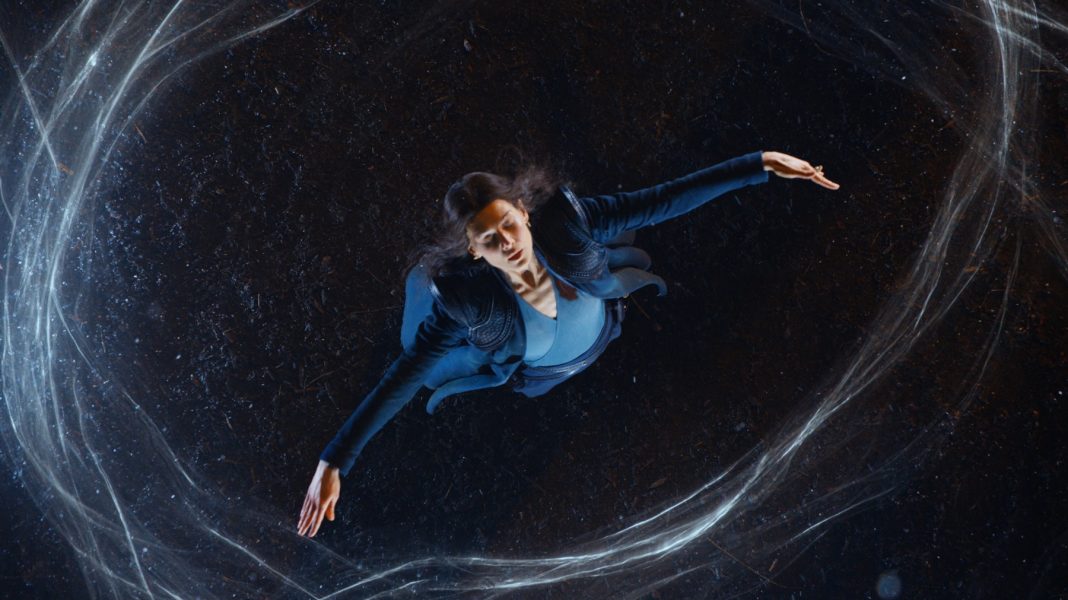 Full disclosure: I have read only 9 of 14 volumes of Robert Jordan’s epic fantasy book series The Wheel of Time before giving up. And I still have the gall to attempt a review of Amazon Prime’s stylish new adaptation of Jordan’s magnum opus. I say this because I would not like to launch into a deep dive of differences between book and series without admitting I have no idea what happened in those last 5 books.

I actually began reading WoT in the 90’s, as the books were published. Sometimes the wait between instalments spanned months. Sometimes it was years. The books’ mythology was dense and colorful. The landscapes bright and vivid. The stakes were impossibly high, and the characters were, for the most part, relatable and grounded (as long as they were men).

In short, Jordan’s books had everything a lover of fantasy fiction might expect. The only thing was, the wheel never seemed to stop turning. Each new book served to expand the world further, deepen the mythology, and introduce more and more characters I struggled to keep track of.

Side note, but Jordan’s bio famously quipped that he intended to keep writing until they nailed his coffin shut. He kept that promise, dying in 2007 while working on what was supposed to be the final volume in the series. In the end, fellow fantasy author Brandon Sanderson was brought on board to complete the series over 3 final books. By that time, I had stopped reading.

The truth was I had gotten lost over the series, as full casts of characters (mainly women) came and went, forgotten (at least by me) for entire volumes, only to return in the latest book for a brief moment in time. While Jordan’s men were all distinctly unique and fully fleshed out people, his women were not. They felt homogenous. Fleeting. Unimportant.

Over the years I lost track of scores of firm and unyielding female characters who crossed their arms under their breasts, tugged at their braids, or straightened their dresses repeatedly, while regarding all the menfolk with disdain and/or impatience. Jordan paid more attention (so much attention!) to the various sumptuous materials of their dresses to their individuality. There were simply too many oddly similar women to keep track of unless I was willing to sit and read all 14 volumes one after another.

This disappointing difference in representation also revealed itself in other aspects of the series. Male and female magic was separate, but not equal. Some of the male characters had several sexual partners. (spoiler alert: Rand gets 3 and they’re all happy to share him!). The women, who were generally judicable by how much or little of their cleavage was peeping out of the bodices of their dresses, did not. Nor were there any gay or lesbian characters that I can recall. And let’s not get started on all the spanking…

There was no doubt Jordan was a master world builder, but writing believe-able women was not his forte.

Cut to Amazon Prime’s new adaptation, and the 3 episodes that dropped over the weekend. A strong opening to TV’s newest fantasy world gave those who speculated the new series would be the next Game of Thrones cause to revise their opinion. The Wheel of Time series is more like The Lord of the Rings than Thrones’ often sadistic tits-and-ass soup of borrowed European history and mythology. That’s not to say there is a lack of gore. It’s here. It’s there. It’s every bloody where, to borrow a line from another popular Apple series. But unlike Thrones, The Wheel of Time’s gorier moments tend to serve a higher purpose.

The story begins when Moiraine (series star and producer Rosamund Pike), a member of the incredibly powerful all-female organization called the Aes Sedai, arrives in the rustic mountain town of Two Rivers. There, she embarks on “a dangerous, world-spanning” journey with five young men and women, one of whom is prophesied to be the Dragon Reborn, destined to either save or destroy humanity. Moraine is not quite sure which one of the simple villagers is destined to be the next Dragon, but she knows they probably won’t survive the next night without her, so intent are other forces to obtain the dragon for themselves.

It’s here we see the TV show’s first deviation from the books. The next dragon could very well be Egwene al’Vere (Madeleine Madden), notably a young woman who demonstrates her steely nerve and bravery in the opening moments of the series with nary a dress smoothing moment in sight.

TV Egwene’s romantic longing for Rand is also refreshingly a two-sided affair, with the pair of star-crossed lovers finding themselves at an emotional impasse in the first episode when Egwene makes the decision to choose her education over marriage and babies with Rand.

There’s Pike’s Moiraine Sedai too. In the books Moiraine was often aloof, irritable and openly disdainful, particularly of all of the ‘woolheaded’ men in her charge, but Pike’s interpretation allows us to appreciate a fuller more rounded picture: a serious woman who makes every word count, who weighs each action with care, and who is willing to make the hardest of choices when necessary. This deliberate care with character, and in particular Moiraine, was something executive producer Rafe Judkins was keen to highlight.

“I think the way that we put our own artistic selves into it is the way that we tell the stories sometimes is different than you would in a book, because we’re telling it [on] TV,” Judkins told TV Guide. “So for instance, we have one episode in the first season that’s told only with scenes that are in Moiraine’s point of view so that you really suddenly get this deep dive into this character.”

Fleshing out its huge cast of female characters is possibly the cleverest move Apple’s TV version could make, not simply for representation’s sake, but for the purpose of creating a balanced world with characters we can truly care about and root for. Cutting back on the numbers of subsidiary characters who weave their way in and out over the course of 14 books is another.

“The way that characters are in introduced in the book is very tricky for television-making.” said Judkins. “Jordan had a wonderful vision for how everything was going to tie together at the end, but a lot of characters are introduced for one scene or one small sequence and then are essential to the story of the books three books later. And to tell story like that in television is almost impossible because real human beings are playing these characters and you have to track their availabilities. And I think that’s one of the hardest things, and a place in which you see a lot of changes from book to screen is in how we approach these characters and how they arrive to the show because we just can’t tell the story the same way that he did in the books.”

Coupled with expensive VFX (the scenes in which the Trollocs attack Emond’s Field and butcher its inhabitants are both visceral and terrifying) and a shooting location in Prague, The Wheel of Time is off to a solid and smart start.

If I can find a way to overlook the dangling forehead jewellery of certain characters — a staple of B-Movie fantasy throughout the 80’s and 90’s — I may even have to grudgingly admit I quite like this new series. For the first time I want to see how the story ends.

The Wheel of Time continues with new episodes dropping weekly on Amazon Prime until the season one finale on December 24, 2021. Unsurprisingly, the series has already been renewed for season 2.