CONRAD TAKES ON A NEW CHALLENGE

When the first day of Kit’s experimental Flight Go team program sends Conrad out into the field, he builds a new relationship with a fellow doctor along for the ride.

Devon works with Trevor for the first time on a patient with a mysterious fever, the cause of which can’t be found.

Meanwhile, Bell is hiding a secret from the whole staff and they are starting to become suspicious. 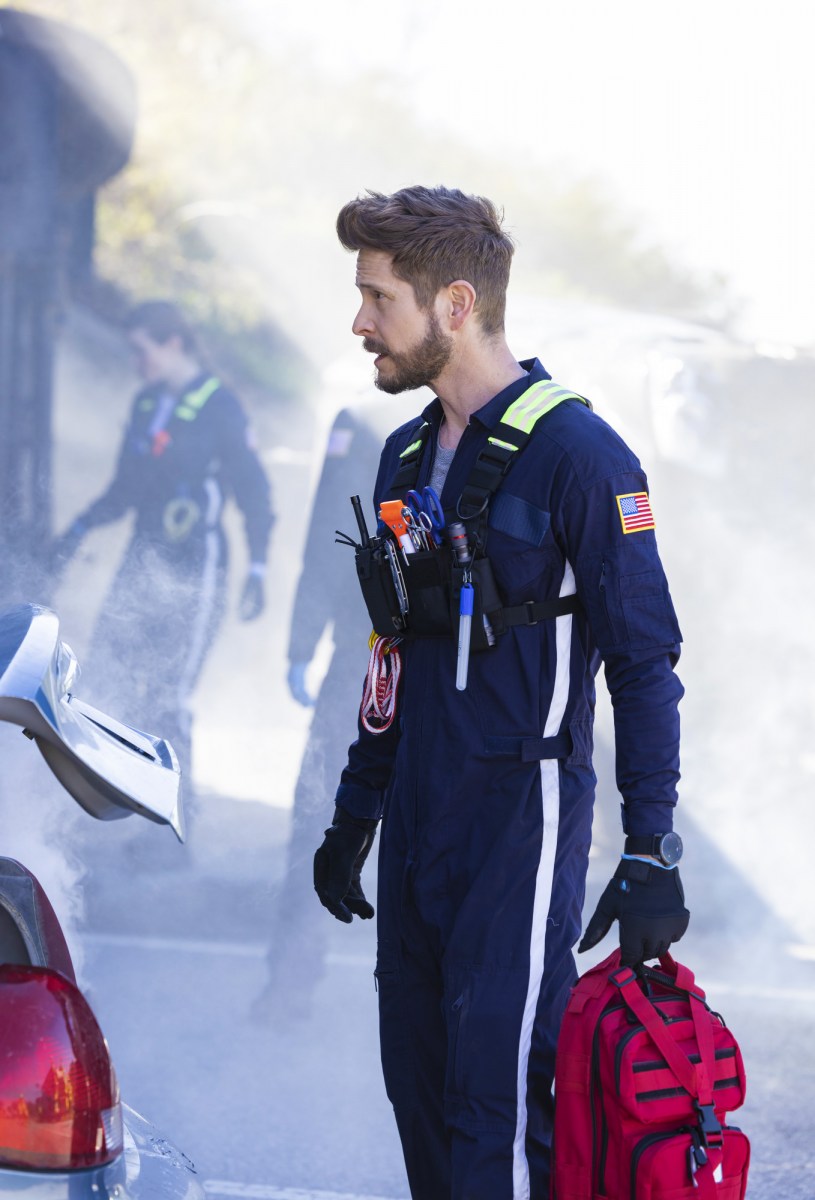 The Resident Scoop: Two Patients, One Outcome in “The Space Between”

The Resident 5×17 “The Space Between” Photos