The Resident 4×11 “After the Storm” Photos

When a tornado touches down in Atlanta with Chastain directly in its path, the entire staff goes into crisis mode in April 27th’s “After the Storm.”

The episode will see Conrad and Nic working on an injured EMT while Devon and Leela (guest star Anuja Joshi) become trapped with a man who has severe head trauma, causing them to operate with limited medical supplies.

Meanwhile, Bell pulls The Raptor and Dr. Wong (guest star Conrad Ricamora) onto a case involving a young cancer patient in need of a very risky surgery and Cain gets assigned a new resident. 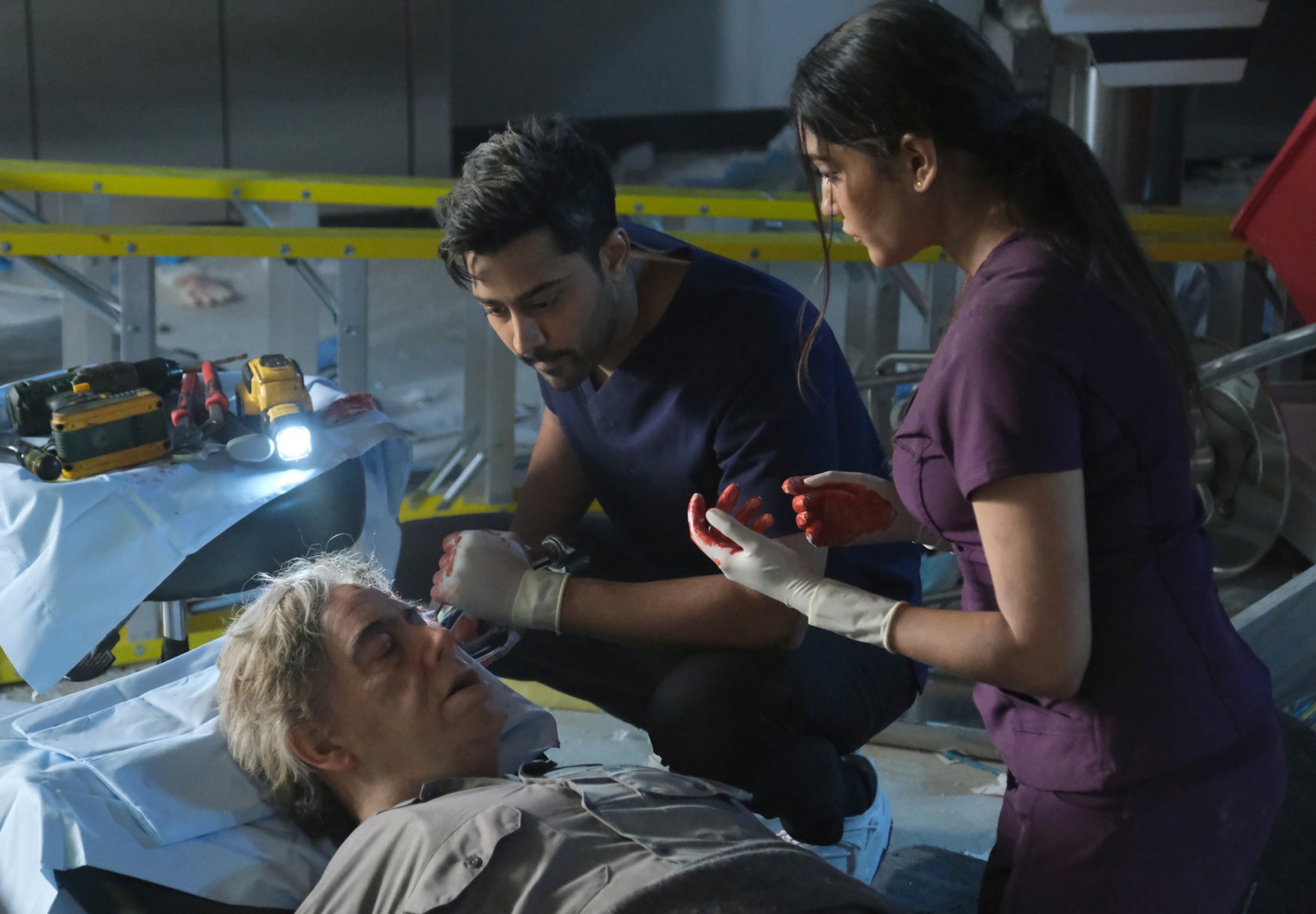