The high stakes governor election results in violence at the polls, causing multiple victims to arrive at Chastain.

Conrad finds common ground with an aggressive patient, helping lead to a diagnosis for his outbursts.

Meanwhile, when another patient’s lung collapses, the doctors find a serious root of the issue. 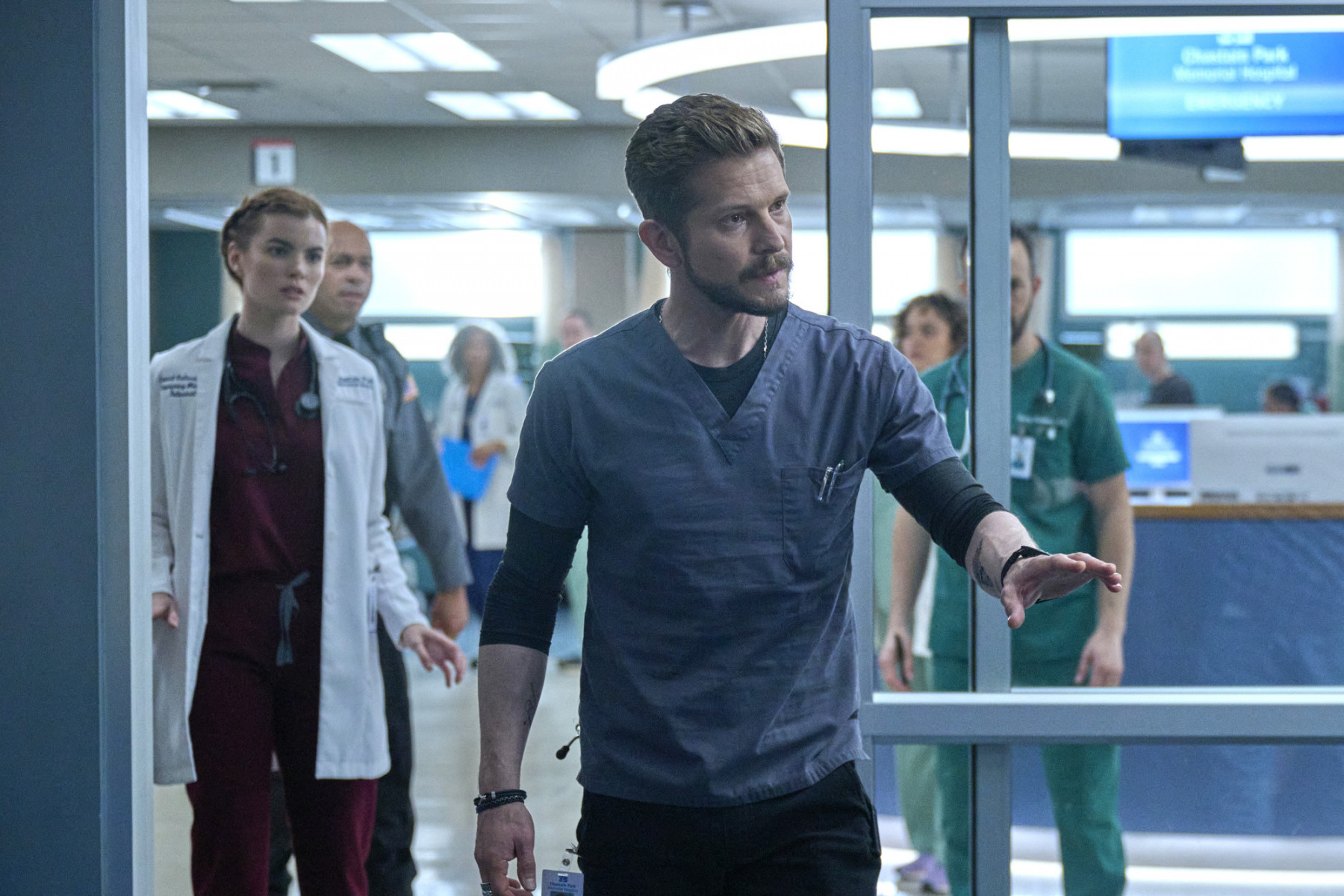 The Resident 6×09 “No Pressure, No Diamonds” Photos

The Resident 6×08 “The Better Part of Valor” Photos

The Resident 6×06 “For Better or Worse” Photos