CHASTAIN IS HIT BY A CYBER ATTACK

An attack by cyber criminals sends the Chastain ER into a tailspin and Kit tries to figure out whether or not to pay the ransom. The Raptor deals with a personal connection to the patients brought into the ER during the attack, leaving them all vulnerable. Meanwhile, Conrad works on balancing life as a new dad and Devon and Leela debate taking the next step in their relationship in the all-new “Da Da” season premiere episode. 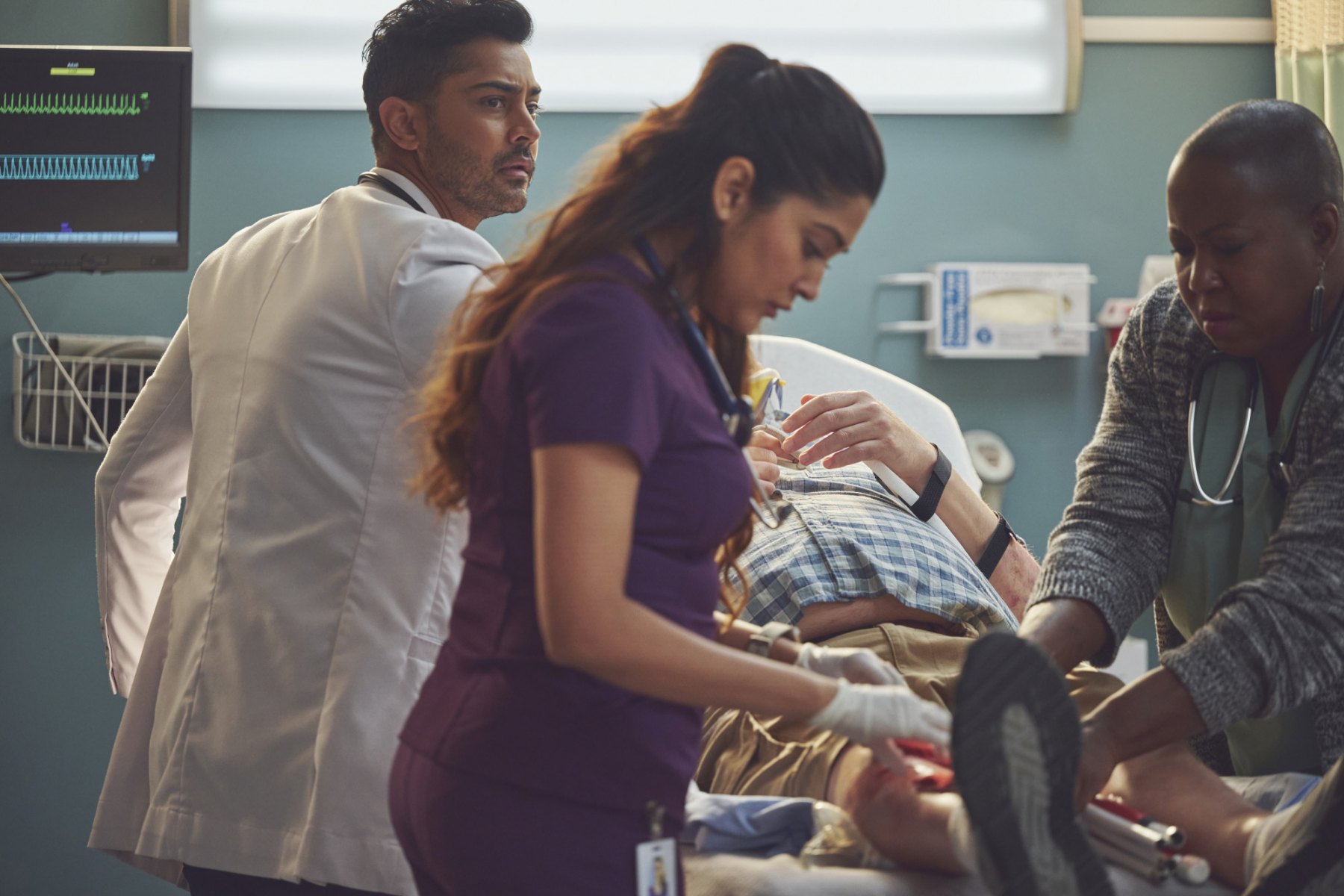 The Resident 5×05 “The Thinnest Veil” Photos

‘The Resident’ Recap: Nic Gets a Bittersweet Hero’s Send-Off