After an emotional season finale and a heartbreaking cliffhanger, New Amsterdam is back on Sept. 20 with a fifth and final season.

Over 13 new episodes, Medical Director Max Goodwin and the staff at New Amsterdam will face reality as they embark on the final chapter in their story.

In the season premiere, titled “TBD” (yes actually) Bloom, Iggy and Reynolds rally around Max as he deals with the fallout from Helen’s decision.

Meanwhile, Bloom gives extra space to Leyla, but she’s in for a surprise and Reynolds and Wilder help a young terminal patient realize his dream to star in a Bollywood show. 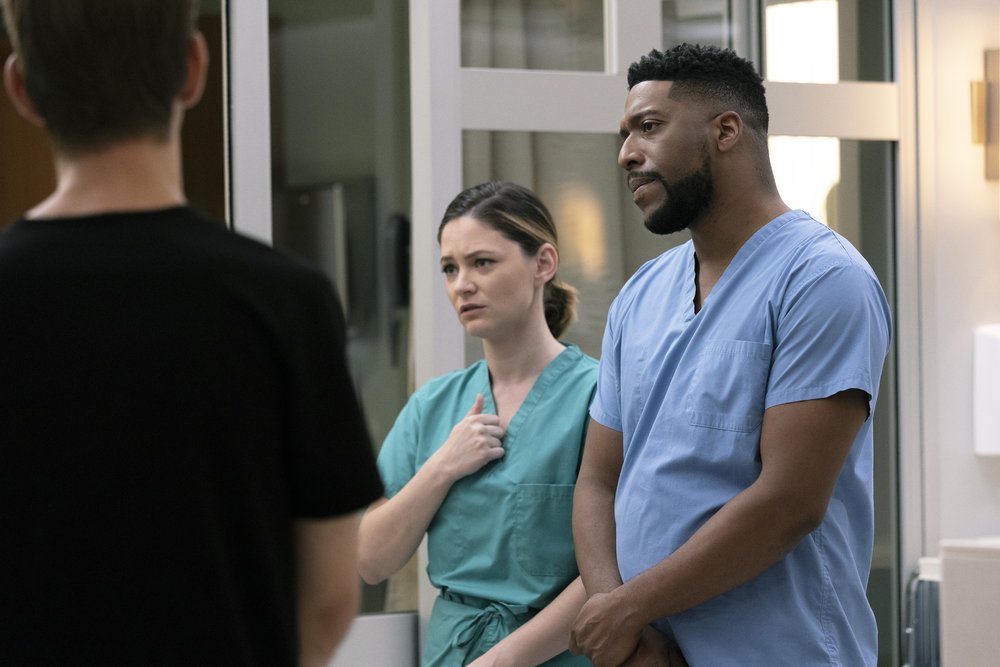 New Amsterdam 5×08 “All the World’s a Stage” Photos