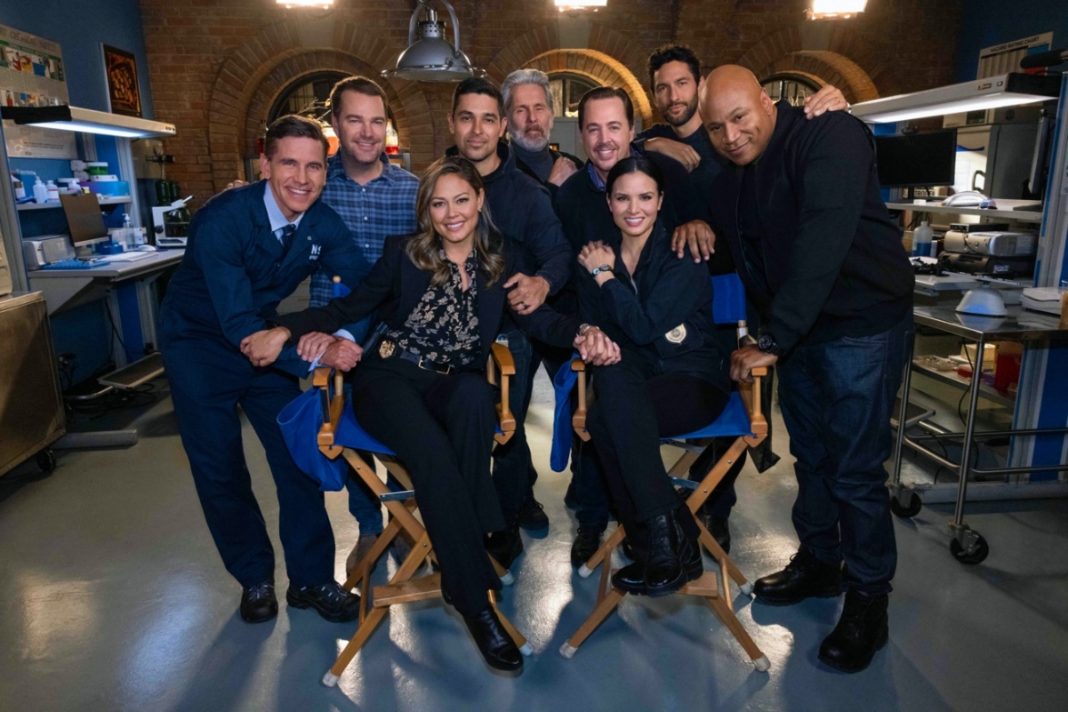 The NCIS universe is about to get even tighter.

For the first time, NCIS, NCIS: Hawaii, and NCIS: Los Angeles will crossover in a special three-hour event on Monday, Jan. 2, 2023.

“We are so excited to finally have the long-awaited, first-ever NCISverse crossover to share with our passionate, loyal viewers,” said Amy Reisenbach, executive vice president of current programs at CBS.

“The popularity, longevity and continued success of the franchise is a testament to the immense talent of the casts and writing and producing teams who bring these shows to life. They came up with a thrilling story for this epic three-hour event that creatively brings all three NCIS teams together for fans to enjoy in one night and beyond.”

According to the Network, the NCISverse crossover will center around a very personal, high-stakes case to take down a mysterious hitman. Team members from the different NCIS divisions come together in Washington, D.C., to celebrate a beloved FLETC (Federal Law Enforcement Training Center) professor who taught multiple members of each of the squads.

On the eve of the celebration, the professor is found dead of an apparent suicide and his former students immediately suspect foul play. While investigating his past, they uncover a mysterious hitman, and the more they dig into it, the bigger the targets on their backs become.

Members of the team are suddenly kidnapped and all the agents must come together to take down the assassin and save their own.

Read on for specifics on all three instalments, and follow @TVPulse Magazine for more scoop on your favorite CBS and Paramount+ shows.

“Too Many Cooks” – NCIS agents from Washington, D.C., Los Angeles and Hawai’i, all in D.C. to attend the retirement party of a beloved Federal Law Enforcement Training Center (FLETC) professor, find themselves jointly investigating his shocking suicide, on the CBS Original series NCIS, Monday, Jan. 2 (8:00-9:00 PM, ET/PT) on the CBS Television Network and available to stream live and on demand on Paramount+*. NCIS: LOS ANGELES stars Chris O’Donnell, LL COOL J and NCIS: HAWAI’I stars Vanessa Lachey and Noah Mills guest star in the episode, which is part one of a three-episode crossover event with NCIS: LOS ANGELES and NCIS: HAWAI’I.

“Deep Fake” – Tennant, Jimmy Palmer (Brian Dietzen) and Sam Hanna (LL COOL J) find themselves captured with a woman who claims to be a CIA agent demanding intel from the team. Also, Jesse, Ernie, Whistler and Alden Parker (Gary Cole) learn about an asset that arrived in Hawai’i who could be connected to several overseas assassinations, on the CBS Original series NCIS: HAWAI’I, Monday, Jan. 2 (9:00-10:00 PM, ET/PT) on the CBS Television Network, and available to stream live and on demand on Paramount+.* NCIS stars Gary Cole, Brian Dietzen and NCIS: LOS ANGELES stars Chris O’Donnell and LL COOL J guest star in the episode, which is part two of a three-episode crossover event with NCIS and NCIS: LOS ANGELES.

“A Long Time Coming” – While Agent Rountree and Fatima are searching for Kilbride, who has been MIA, they are ambushed and learn that every member of the team has a $200,000 bounty on their head via the dark web. The NCIS team must save Agent Rountree and find Kilbride while every cartel, hit man, gang and psychopath hunts them down, on the CBS Original series NCIS: LOS ANGELES, Monday, Jan. 2 (10:00-11:00 PM, ET/PT) on the CBS Television Network, and available to stream live and on demand on Paramount+.* NCIS stars Gary Cole, Wilmer Valderrama and NCIS: HAWAI’I stars Vanessa Lachey and Yasmine Al-Bustami guest star in the episode, which is the conclusion to the three-episode crossover event with NCIS and NCIS: HAWAI’I.