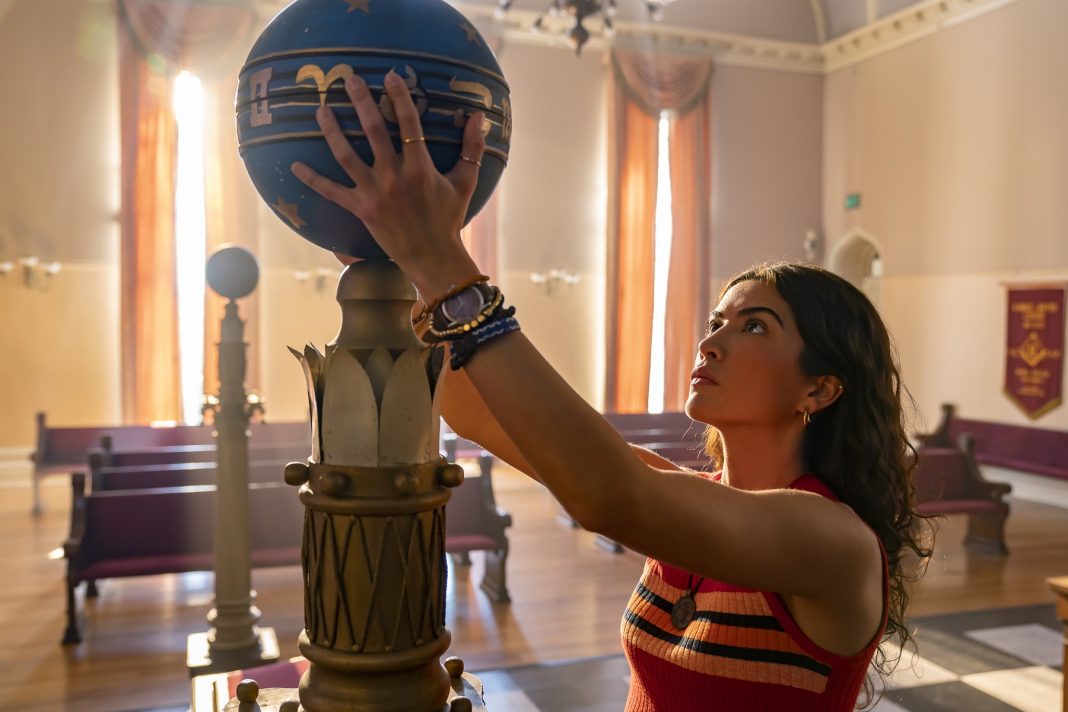 December on Disney+ sees Willow (which debuted on November 30) continue to enchant with new episodes weekly.

Meanwhile, scifi adventure series National Treasure: Edge of History premieres with 2 back to back episodes (with new episodes bowing weekly thereafter) on Dec. 14.

Read on for a fuller look at Disney’s new series offerings this month.

The story began with an aspiring magician from a Nelwyn village and an infant girl destined to unite the realms, who together helped destroy an evil queen and banish the forces of darkness.

Now, in a magical world where brownies, sorcerers, trolls, and other mystical creatures flourish, the adventure continues, as an unlikely group of heroes set off on a dangerous quest to places far beyond their home, where they must face their inner demons and come together to save their world.

Now, Greg takes on one of his biggest challenges yet – surviving a weekend alone with Rodrick and abiding by his growing list of rules.

22-year-old Jess Valenzuela’s life is turned upside down when she meets a mysterious stranger who holds a clue to an ancient treasure linked to her long- dead father.

With the help of her friend Tasha, Jess uses her knack for puzzle-solving to try and crack the clue. But they both soon realize they’re in way over their heads when Billie—a ruthless black-market antiquities dealer—joins the hunt.

With their friend kidnapped by a rival treasure hunter, Jess and her best friend, Tasha, hatch an elaborate plan to get him back, leading to a ransom exchange on a WWII warship, where Jess realizes this treasure hunt is too dangerous to continue. But will all that change when Liam Sadusky lets her in on one of his own family secrets?

From writer and director, Alice Rohrwacher, and Academy Award®-winning producer, Alfonso Cuarón, “Le Pupille” is a tale of innocence, greed and fantasy.

This live action short is about desires, pure and selfish, about freedom and devotion, and about the anarchy that is capable of flowering in the minds of girls within the confines of a strict religious boarding school at Christmas.