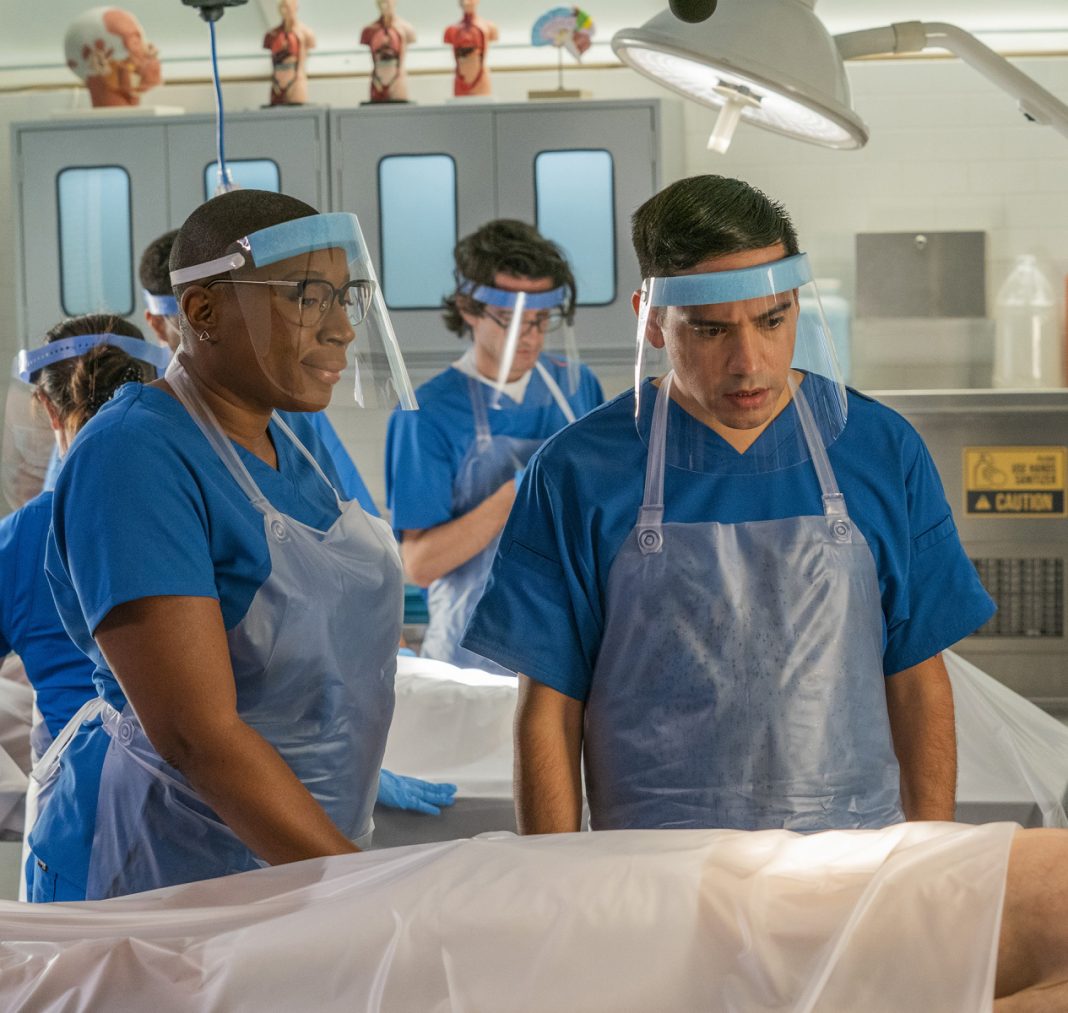 We open on a man living in the ultimate smart house. Alexa, sorry, Hildy controls everything from the coffee maker to the sound system. After Hildy messes up the music selection and his coffee order, he angrily stomps to the shower. His request for a 99-degree shower is denied, and instead, his water heats up to 144 degrees. While it would be easy to blame this on a simple malfunction, we learn an angry ex-girlfriend is purposefully messing with him. However, her happiness over her revenge is short-lived; she sees him slip and slam his head on the ground. Finally realizing she may have gone too far, she calls 911. On the other end of the line, Maddie quickly realizes the woman’s story is fishy and sends Athena to her house to make an arrest. Maybe technology isn’t the solution to all of our problems.

After a mudslide and an earthquake, the crew has started to settle down. Bobby and Athena are still arguing over May’s decisions to be a 911 operator, Chim and Maddie and preparing for the birth of their child, and Hen is having some classmate trouble in medical school. Her lab partner, Sydney, is overconfident but passes out after slicing a cadaver open. Hen tries to help but she ignores her assistance and even calls the paramedic a “medical Uber driver”. Hen has enough stress at home and at work, so the last thing she needs is a hostile school environment.

Hen isn’t the only one with a case of anxiety. Maddie is worried about Buck after he confessed he has been seeing a therapist. After she said he was “sad and lonely,” he realized he needed to speak to a professional about his mental health. After an honest discussion between the two siblings, Buck tells Maddie she might be a little sad too. He was only trying to be honest, but it forces Maddie to have serious doubts about her ability to be a good mother.

Even in a pandemic, crime doesn’t rest in Los Angeles. Taking advantage of his required face mask, a man robs a bank and escapes via rideshare. After Athena and her fellow officers find the driver, he is able to give them the criminal’s identification. Fortunately, they realize they are chasing the world’s dumbest bank robber when they find out he ordered another car to escape the police! He’s quickly arrested after being genuinely baffled about how the cops found him. Look, I’m no Arsene Lupin, but even I wouldn’t order an Uber to escape my crime scene.

Chim is trying to get to the root of Maddie’s fears of parenthood by grilling Buck about their parents. Buck admits that their parents weren’t great; they weren’t abusive, he says, but absent. While Chim tries to understand the duo’s upbringing, Maddie calls her mother to talk about the baby. The conversation goes from respectful to standoffish very quickly with Maddie accusing her mother of lying to Buck his entire life. What is Maddie talking about? Will the reveal of this lie erase all of the progress Buck has made?

After an ill-timed visit to Hen’s house, Sydney reluctantly shares why she acts the way she does. She is going through hormone therapy after having a double mastectomy and her ovaries removed due to carrying the BRCA1 gene. The irritability and mood swings are an unfortunate side effect of her treatment. Her mother and grandmother both died in their thirties, she explains, and she’s doing everything she can to live past 40. After her confession, Hen and Sydney aren’t exactly friends, but definitely have more respect for one another.

Maddie and Chim find a small moment of happiness while watching the sonogram of their baby, who we now know is a girl. However, their peace is short-lived when Maddie tells Chim she’s been hiding a secret from Buck since childhood. Although the episode ends before the secret is revealed, it’s obvious it will have a major impact on Buck and his future. Luckily, Buck is distracted by an emergency work trip. He, Hen, and Eddie are sent to Texas to assist/co-star with Station 126 of 911: Lone Star. Yeehaw, y’all!