TVPulseNever Miss a Beat
More
Facebook
Twitter
Home Must Read Reviews and Recaps 4400 Review: An Intriguing Reboot that Needs to Stand Over its Promise 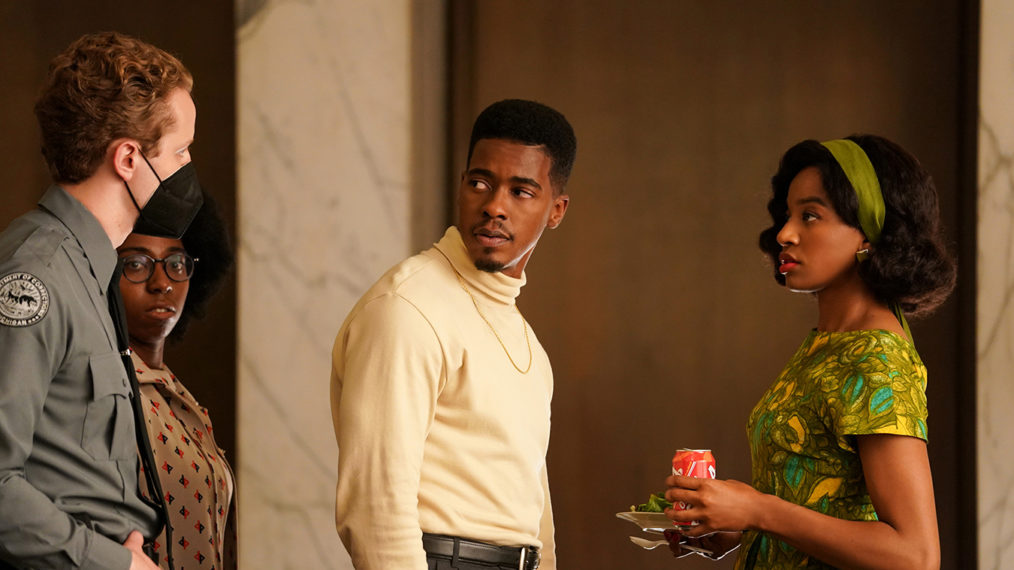 When news broke that CBS Studios was planning a reboot of The 4400 for the CW network, with both Taylor Elmore and Craig Sweeny (both of whom worked on the original) serving as writers and executive producers, there was palpable excitement among scifi fans, and in particular, fans of the original USA Network series.

The project ultimately went in a different direction, with the straight-to-series order featuring Ariana Jackson, Sunil Nayar, Anna Fricke, and Laura Terry at the writing, showrunning and executive-producing helm.

On the surface the new incarnation looks and feels very like the original: Four thousand four hundred people vanish without a trace only to find themselves (seconds later to them but many years later in reality) returned to a park in Detroit, dropping peremptorily from above, having not aged a day, and with no memory of what happened to them.

Among the Returned are a number of key characters, all rather beautifully realized by the show’s writers and cast, and spanning generations of American history. They include Shanice (Brittany Adebumola), a lawyer and resilient young mother from the early aughts, Andre (TL Thompson), a WWI Army surgeon, and Claudette (Jaye Ladymore) a figure from the Civil Rights movement, among others.

As the government scrambles to understand the phenomenon, analyze the potential threat and contain the story, Jharrel (Joseph David-Jones), an empathetic social worker and Keisha (Ireon Roach), a hardened community corrections officer are among the civil servants called upon to deal with the uncanny refugees.

The new series doesn’t just strike a unique note with its characters. The returned, for the most part, represent the overlooked, the undervalued and the otherwise marginalized in society, and have reappeared across several decades and from many periods of civil unrest and protest. There are a lot of experiences here just waiting to be unpacked, and it’s this promise that forms the core of what’s best about the show.

Co-showrunner and writer Ariana Jackson said that the decision to set the reboot in 2021 was very deliberate. Speaking to Entertainment Weekly, Jackson commented:

“Where we are now feels like a very pivotal time in our nation’s history. It feels like a really interesting time to set it in to really examine how we came to be here and now, a time where we’re really seeing a lot of the cracks in our society and in what we built. We look at how those things might have been built wrong to lead us here to today. There’s a reason why we’re in the moment we’re in.”

With an almost exclusively black cast, 4400 offers a truly exciting opportunity to tell those stories through the lens of science fiction.

The good news is the CW’s 4400 is not another Them. The bad news is that despite setting up several inspired game pieces (characters drawn from the Harlem Renaissance, the Mississippi Civil Rights Movement, and another who is a black sheep reverend-scion born to a notable televangelist family) the show seems tentative about how to actually move those pieces around the board to best effect.

The pilot episode we screened courtesy of the CW, features several scenes in which the Returned are held against their will by local law enforcement in the foyer of a hotel, without food, water, medical attention or a place to sleep.

Why are they being treated this way? Why are the predominantly white guards aggressive and unreasonable (they draw their batons against a woman playing a piano in one particular scene), and why are several characters’ sensible requests met with … hostility? I would like to use the word racism instead, but the show seems unsure how committed to this particular theme it wants to be in these key moments that are supposed to sell us a larger vision of what the series will be.

Instead, these larger social themes the writers seem eager to introduce feel shoe-horned into manufactured moments of racial tension. Without anything further to build on, they tend to fizzle out without having said much at all. Neither the set up for these moments, or the ensuing payoffs, are in any way earned and scenes which could have been used to explore something important are squandered instead.

4400 deserves praise for trying something new in theme and tone on the CW, a network replete with superheroes and angsty sleuthing teenagers. Many of the characters feel truly fresh and bold (perhaps by virtue of being plucked from the past?) and the show seems set to pay homage to the DNA of the original series in many respects.

Going forward however, doubt lingers, as without true care and deliberation in the themes the show is promising to explore — those cracks in modern society — the series runs the risk of being at worst, exploitative, and at best, having nothing to actually say.