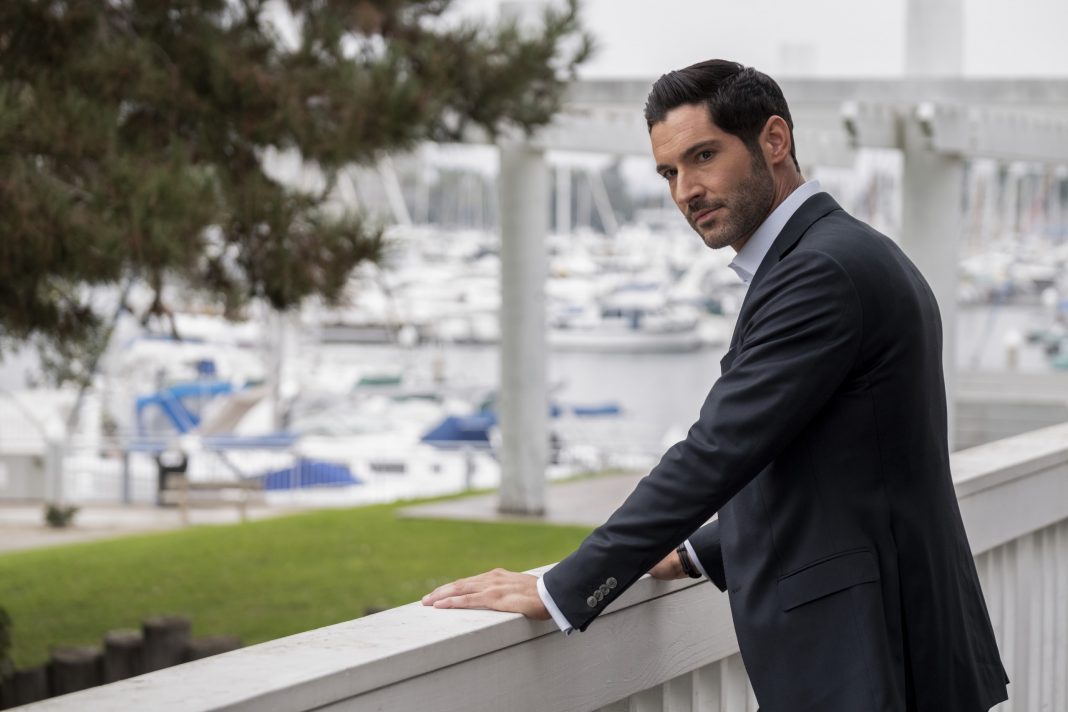 In the following interview, series star Tom Ellis chats to Netflix about Lucifer’s Legacy. Spoilers ahead for those not caught up with the final season.

After six seasons of solving crimes on Earth, resolving drama in heaven and hell, and making all the mischief one could desire, Lucifer Morningstar (Tom Ellis) finally found his true calling in the creatively ambitious sixth season of Lucifer. In the final 10 episodes, Lucifer wrestled with whether or not he actually wanted to be God, a matter that became increasingly complicated in the wake of the arrival of his and Chloe’s (Lauren German) adult daughter from the future (Brianna Hildebrand).

As he struggled with his future, Maze (Lesley-Ann Brandt) and Eve (Inbar Lavi) tied the knot, Ella (Aimee Garcia) finally learned the truth about her friends all on her own, and Amenadiel (D.B. Woodside) became the new God. In the end, Lucifer saw the light and became a therapist to all of hell’s lost souls.

With Lucifer finally coming to an end, we spoke with Tom Ellis, who answered our burning questions regarding the final season, including whether or not he’d ever return for another whirlwind trip through the exciting world of Lucifer Morningstar.

The show was going to end with Season 5 but then you got the news you were coming back for 10 more episodes. What was it like to return for this final chapter and dig into this part of Lucifer’s story?

I’m glad that we did it. When the news first dropped we were coming towards the end of what felt like a marathon season on Season 5. Initially, I was like, “What?” Because we’d been told it was the final season, so we’d sort of been carving out the end of our show and putting a lot of thought into it. But then when it happened—I’m glad that we got to do this last chapter, because what we were able to explore in it was a dynamic we’ve never explored before on the show, which was Lucifer being a parent and experiencing his child experiencing some of the things that Lucifer went through, about feeling rejected and abandoned. I feel like we got a proper chance to explore that. And then that took us into Chloe and Lucifer spending eternity together.

You brought up Lucifer becoming a father. How did that storyline come about, and what was your reaction when you found out that’s where the show was going in the final season?

My reaction was what it normally is when Joe [Henderson] and Ildy [Modrovich] are pitching something at the beginning of a season. I’m like, “That’s bonkers! How are we gonna do that?” But the thing about the show is that there’s a lot of conceit in it that we’ve been able to get away with because people are so heavily invested in the characters. But also our characters are not of this Earth, so we can experiment with different things. So, the whole time-travel thing was something I didn’t ever fathom was something that we would do on the show. But the way in which we did it—and the way that we did it to introduce the character and to have that character in it—was super clever. It’s one of those weird ones where I look back and go, “I can’t imagine not doing it.” But when the subject was first broached I was like, “Are you sure?” But now it’s great.

Through Rory and the parental storyline we got to explore some of Lucifer’s lingering daddy issues. By the end, do you think he was able to work through all the problems he had because of God?

Oh, I think so. The whole six seasons of Lucifer have been about Lucifer evolving and growing up. When I think about me, Tom, in the real world, I felt like a fully fledged adult, and then I became a dad and I felt lots of things I’d never felt before. Putting Lucifer through that experience—I felt like he’d gone full circle but actually there was this one dynamic we hadn’t really explored, and it was like finishing school for him almost. That’s what it felt like. It also took him to a place where he suddenly realized what his true calling was and what he should be doing and what he discovered about hell and heaven and souls not being eternally damned and all that. He realized that he could use the experience he had on Earth for the greater good. For a character that was ultimately selfish when we started to come to that conclusion, it was great.

In the finale, Lucifer returns to hell and becomes a therapist in order to help the lost souls there. Was this always going to be the way the series ended, even in Season 5?

We’ve always had that notion that that’s how we want to end it, however we get there. One of the things that we never really touched on in the show because everyone loves the romance between Lucifer and Chloe, is that Lucifer is immortal and Chloe isn’t. So, at some point she’s going to die, and he’s not. We never really thought about, what does that mean? The running off into the sunset together doesn’t really apply to these two. So the notion that Lucifer has really learned something from his experience, Chloe then spending eternity with him, and having that therapy session is something that we’d wanted to do for a while. The journey of getting to that point is the thing that changed in Season 6.

After initially refusing the role in Season 5, Amenadiel is now God. In the end, why was he the right choice to take up the mantle instead of Lucifer?

Oh, for so many reasons. I liked that Lucifer pulled out. It was just a no-brainer that Amenadiel would be God. He’s walked with demons. He spent a lot of time in heaven. And he knows what it is to be a father. All of those things combined [made him the right choice]. Lucifer always had this feeling there was unfinished business in hell, but he’s just never really acknowledged that. So it just all clicked and made sense. It was about people’s callings. It was about Dad leaving us with that information that “you’ll figure it out.” And this is what he meant: They’re figuring out the new order, how it’s all going to work.

There were a lot of callbacks in Season 6. What was your favorite?

I loved opening the show with Matt Corboy, our motorcycle cop from the pilot. He was certainly one of my favorite callbacks. I loved having Patrick Fabian in hell at the end, Linda’s ex-husband. He was a callback from Season 3. God, there were so many, but those are two that spring to mind immediately.

The show did so many different things over the years. Was there anything you wanted to do on Lucifer but didn’t get to?

Oh my gosh, it became the show that we could just do everything on. Is there anything we didn’t do? I don’t really think so. We did big dance numbers. We did lots of singing. We did huge fights. You know, there were a lot of boxes ticked on this job. That’s the thing that I’ll probably miss the most about it, is that it was such a gift of a job in that sense that there were so many different things that we would be doing. And I love all of it for that very reason.

The series finale tied everything up in a beautiful way, but would you be open to returning to the show down the line if the opportunity arose? Or do you think you’ve done all you can with this character and his story?

I always say never say never. I think in the current format that we know Lucifer to be, that’s the end of our show. Is there life for this character afterwards? Well, I’ve said this before, but I’d love to maybe explore the notion of doing a Lucifer movie at some point. It’s not in the works at the moment, these are just sort of speculative things. But I think the show as we know it, in the format that we know it, definitely it’s time.

What was the hardest part about saying goodbye to the show and these characters?

The group of people that I worked with for six years. We really created something very special. There was a really unique feeling [to it]. And I’m not just talking about the cast, I’m talking about the crew that we had in Vancouver and the crew back in LA. People really, really loved working on the show and felt very connected to it. It felt like we had a kind of unique connection with the fans because of what happened. The feeling of making the show was very unique, and I’ll never feel that way again.

Why do you think Lucifer was able to last for so long?

There are so many reasons; it had such a broad appeal. It had a broad appeal initially because people are intrigued about that character of the devil. But then it had a bit of something for everybody. It was unashamedly fun and didn’t take itself too seriously. And that in itself became an attractive prospect for lots of our viewers.

What do you hope the show’s legacy will be?

I just hope its legacy is that people look back fondly at it and the way that they feel about it now. It just feels like such a huge achievement to have done six seasons of it in the current climate of TV, because TV is changing a lot these days and you don’t often get multiple, multiple seasons of TV shows anymore. So, I kind of feel like maybe we were… while the changing of the guard TV was happening, we were one of the success stories that happened with it. That’d be a nice legacy.

All six seasons of Lucifer are streaming on Netflix.

Do Show Creators Owe Their Fans a Happy Ending?