NBC has released a handful of new photos from Thursday’s next episode of The Blacklist.

The hour, entitled “The SPK” will see a new case involving stolen artefacts reuniting Red with a former blacklister.

From the photos released by the network, we now know the blacklister in question is legendary fugitive Robert Vesco (Stacey Keach), one of history’s most notorious con men.

Red and the task force originally hunted Vesco in “Robert Vesco (No. 9)” which aired August 28, 2019. The episode introduced Vesco as the man who taught Red everything, then swindled him out of the aforementioned everything.

While our original introduction to Vesco was light and fun (treasure maps! The lost De La Cruz gold! Figaro’s Aria from The Barber of Seville!!) things, yet again, went badly for Red when Vesco … you guessed it! Double-crossed him. Again.

The reappearance of Vesco this season may point to another light-hearted romp of an episode, which would be a marked change in tone from Season 8’s devastating finale, and the first two darker-end-of-the-Blacklist-spectrum episodes of season 9 to date.

Meanwhile, in Thursday’s “SPK” NBC hints that Aram will face a difficult decision. 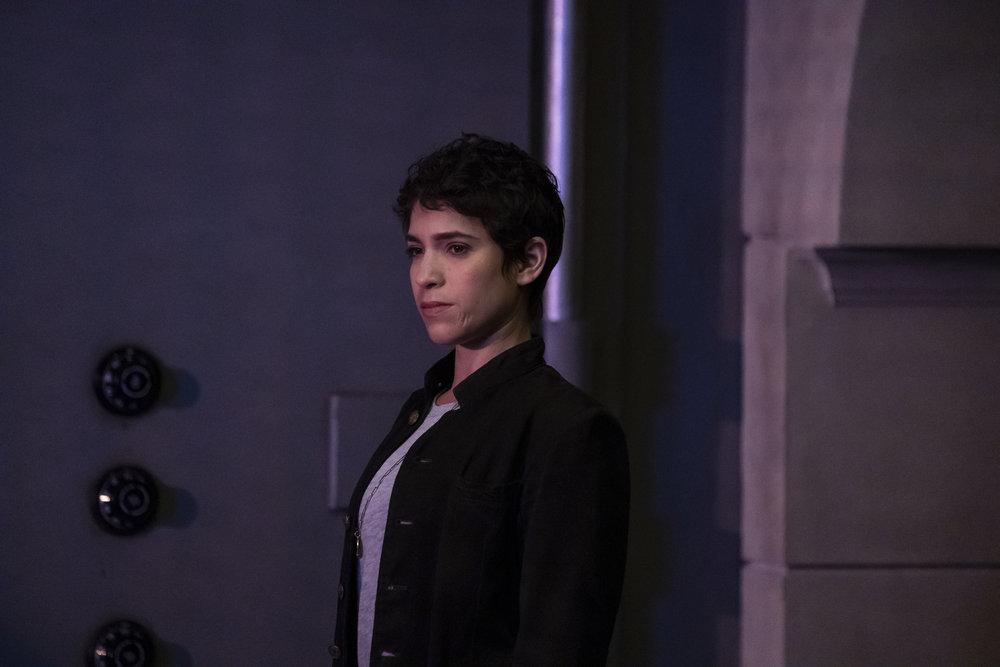