La Brea‘s second season sees the Harris family remaining separated for the moment as Eve reels from her son, Josh, having mistakenly gone through a portal to 1988.

However what Eve doesn’t know yet is that her ex-husband, Gavin, and their daughter, Izzy, have both landed in prehistoric Seattle and now must brave the elements and animals to make their way to L.A.

The premiere episode is titled “The Next Day” and kicks off on Tuesday Sept. 27 at 9 p.m. as part of NBC’s Fall 2022 primetime TV slate. check below for 11 new photos from the season opener.

La Brea follows an epic family adventure after a massive sinkhole opens in Los Angeles pulling people and buildings into a mysterious and dangerous primeval land where they have no choice but to band together to survive. 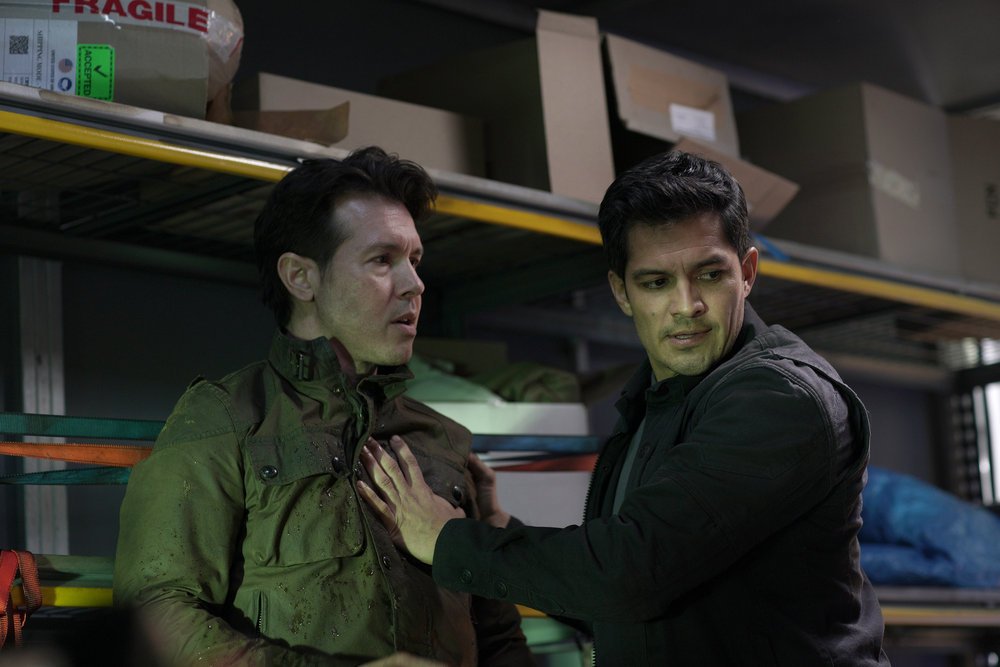