First look photos from The Blacklist’s 13th episode of the season have dropped!

The episode is titled “Anne” and although we are still waiting for an official synopsis (now added below), the photos clearly show Red (James Spader) reunited with Anne (LaChanze), the “bird lady” from a previous episode.

Although Dembe (Hisham Tawfiq) steered Red away from a relationship with Anne, it seems Red has been drawn in again.

The photos show simple scenes of comfort, food, and friends, but as this is The Blacklist, we are sure danger and heartbreak are just around the corner.

Notably, as in previous weeks, there are no photos of Megan Boone, who plays Elizabeth Keen, and no official word from the network as to the her continued absence from the show.

* Official synopsis: Red enjoys a quiet visit with a friend (guest star LaChanze) at her home in rural America. 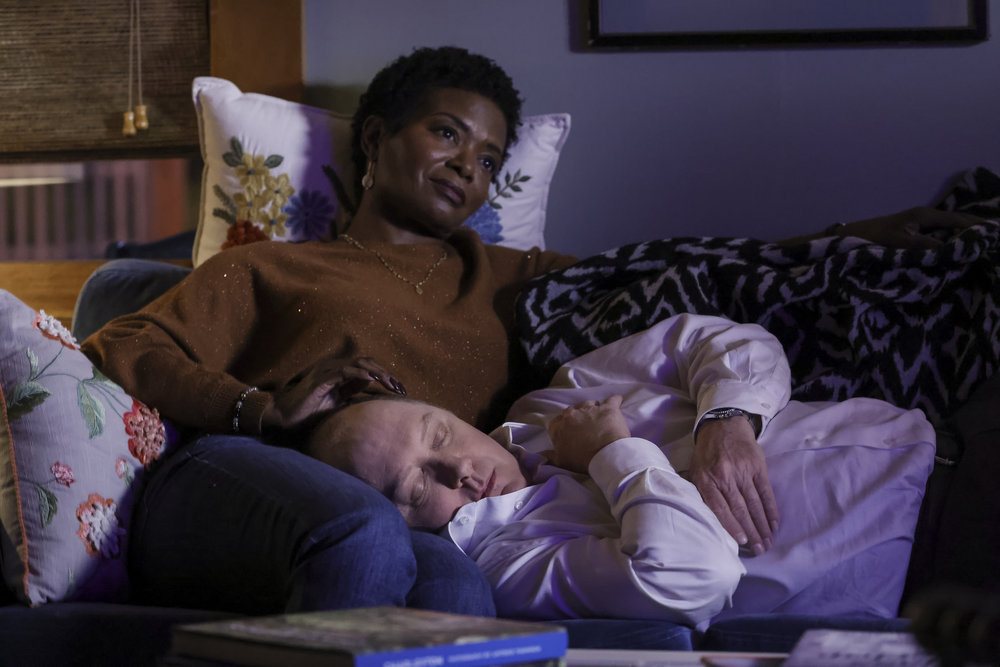 The Blacklist 9×02 “The Skinner: Conclusion” Photos

The Blacklist 9×01 “The Skinner” Photos